On Spatial Design
Setting The Translation at Cabaret Voltaire

The word cabaret originates from the Middle French and the Middle Dutch dialects as alteration of cambret, cameret, or camberete meaning a small room, and also from the Late Latin as a synonym of the word camera used to mean chamber[1]. The association between the origin of the word and the architectural qualities of the cellar of Cabaret Voltaire –the gallery space of the building- suggested a tangible connection for the starting point of the spatial design process. Zurich Dada’s historical activities mainly had visual and performance-based output[2]. By following the nature of those outputs, the spatial design could be incorporated with the tidal positioning of spatial awareness with temporality. Furthermore, the design had to support the theatrical and poetic aspects of the Cabaret Crusades: The Horror Show File and The Tower: A Songspiel.

Embarking on the idea that the gallery space hosts two different events[3]. the spatial design encompasses same elements with subtle differences. The design solutions developed based on imperatives collated by the content of the works along with the architectural specifications and limitations of the space. Accordingly, as the central element of the design, a velvet theatre curtain, which divides the space from the centre and blocks the load bearing column, follows the form of the arch and places emphasis on the curved ceiling. The curtain is two-sided: black and claret red. The black side is used for the screening of Cabaret Crusades: The Horror Show File, and the claret red side, which is identical to the dominant colour used in The Tower: A Songspiel, functions as the background of the screen, placed in front of the curtain during the exhibition. In order to improve the acoustics of the space by absorbing sound over a wide range of frequencies, the floor is covered by dark gray carpet. Two antique theatre chairs are placed in a specific location in the space for the screening and then, relocated to another place during the exhibition. The velvet cushions on the floor complete the design by balancing the colour scheme in the gallery space. 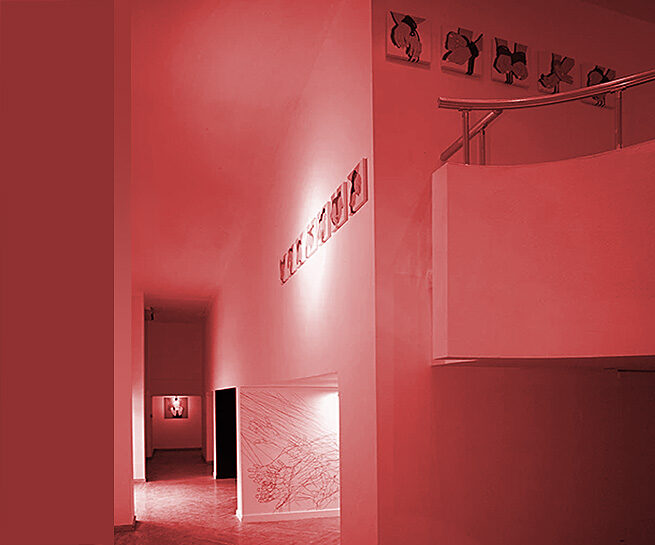 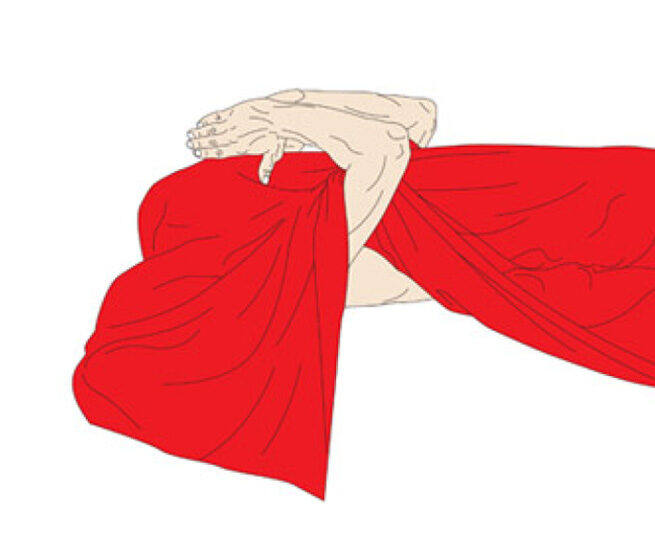 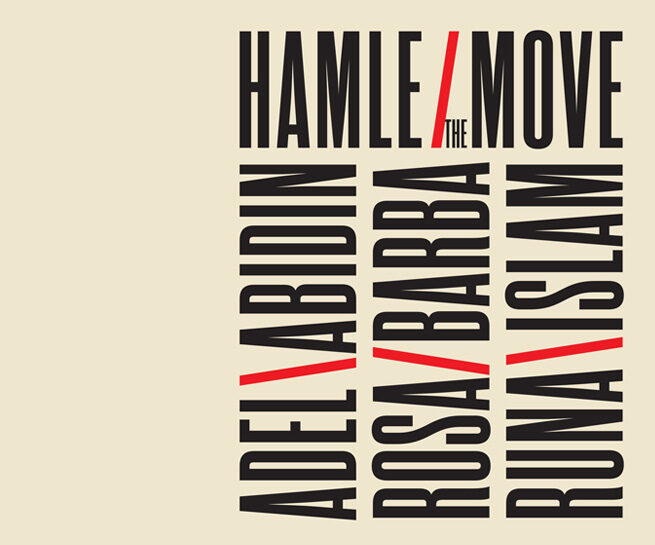 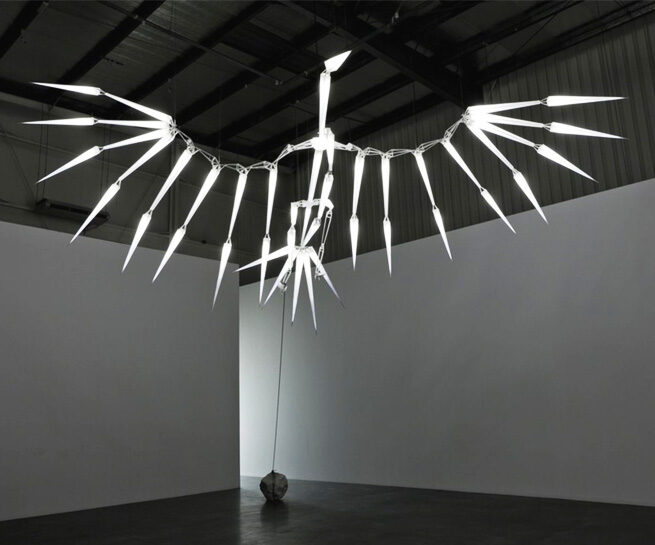